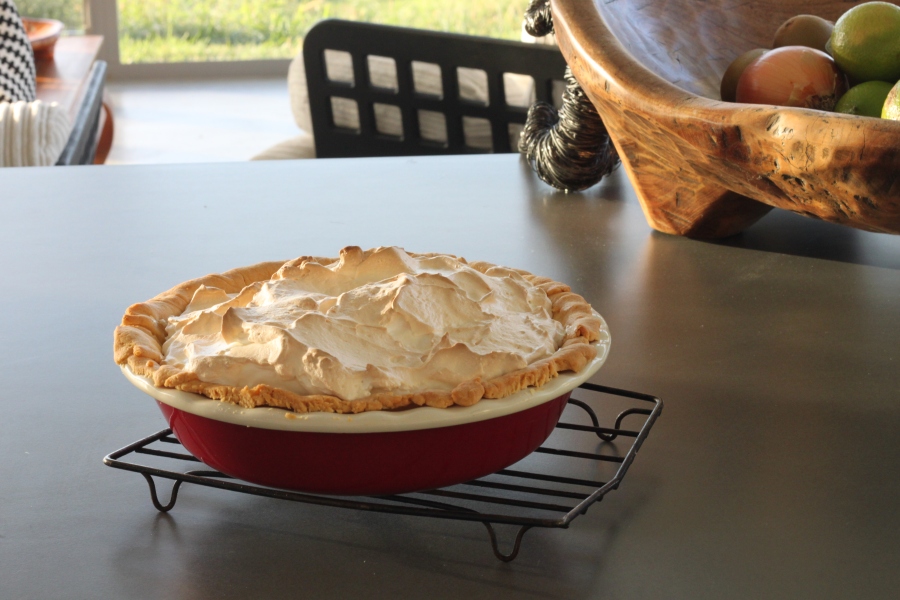 The weekend has been spent in the kitchen, preparing food, shaking vodka and coffee and sometimes making a bit of a mess. During the weekend various friends dropped in, tried the food and drink and gave comments. I was doing all this for an assignment as part of my Master of gastronomic Tourism course. My friends thought it was a bit of a bonus so didn’t object.

Living in a rural area I have become used to being able to create a simple meal when friends drop in unexpectedly. Some rocket leaves from the garden for a salad, a simple quiche which can be baked quickly and suddenly a meal emerges.

The assignment instructions stated that a lemon meringue pie is made with ‘typical farmhouse ingredients’. As I do live on a farm I thought this was a good recipe to use.  Just outside the house is a bush lemon tree, they pop up around the area, probably from birds dropping seeds. The flavour of these is smoother, usually less tart, with more depth of flavour than commercial lemons so I love to use them in cooking. They are also often available on the tree when you need them at the last minute. 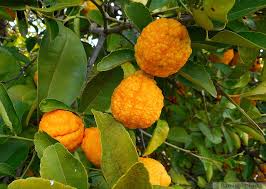 Eggs and butter are always in the house and lately the eggs have been coming from a neighbour’s chooks and ducks, so very fresh. Making pastry for me is quite enjoyable, I rarely use a pre-packaged form, and I can whip up meringue very easily.

Saturday morning arrived and the lemon meringue was scheduled in so I started my pastry. I chose the processor method for the pastry, mixing the flours and sugar then the butter. This was processed until it resembled fine breadcrumbs which is the fat isolating ‘small dough particles from each other’ so that a crumbly and tender, not tough, pastry is formed. (McGee 2004) Mixing the dry ingredients with the butter first allows an even distribution of the fat through the flours.(McGee 2004)  Then the egg was added to bring the pastry together and add richness. (McGee 2004) Once the dough was formed into a ball I put it in plastic wrap and into the fridge. The refrigeration relaxes the gluten strands and reduces shrinking during cooking. While the dough rested I made the filling.

The recipe I used included a lemon filling made with cornflour, sugar, lemon juice and water. I combined these in a saucepan and stirred them for several minutes until the mixture came to the boil and thickened. Stirring continually stops lumps forming and it resulted in a clear smooth, thickened mixture. This process of dextrinisation is just one way a starch can be incorporated into a liquid. (McGee 2004) While it was still hot I quickly beat in butter and eggs giving the mix a rich yellow colour. This was put aside to cool to room temperature. Putting a hot wet filling into the pastry shell would have resulted in a soft, soggy shell. Unfortunately, once I tasted the filling I decided I didn’t like the cornflour version so I made a lemon curd. This is a mix of butter, sugar, eggs and lemon juice, combined and stirred over heat until it thickens. I quickly made the curd and set it aside to cool. 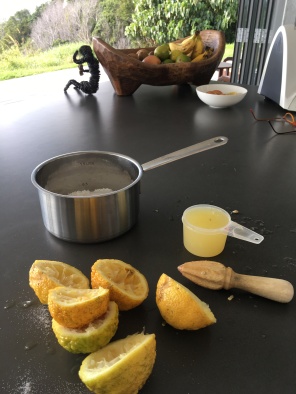 After an hour I rolled the pastry between 2 sheets of baking paper and rolled it to fit the selected pie dish. Rolling between the paper makes it easy to handle. I’m often unsure about the thickness of pastry but for the lemon meringue I wanted reasonable thickness to handle the wet filling. I keep a jar of rice in the pantry for re-use in blind baking, although I’m waiting for the day someone staying in the house tries to cook it. After numerous bakes I don’t think the rice will react well. I put a piece of baking paper on top of the pastry and poured the rice into the paper, spreading evenly over the base. It is important to use the baking paper or you will spend time digging rice out of pastry. The weight of the rice stops the pastry rising or bubbling and keeps the base flat. After 10 minutes I removed the rice and paper and baked the shell for another 15 minutes. This produced a golden, crisp base. 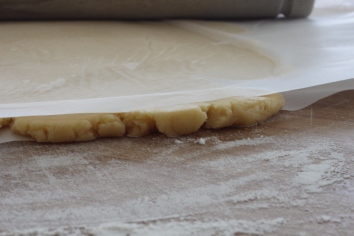 Once the pie shell and filling were cool I put the egg whites into a large metal bowl of the mix master and beat them until soft peaks formed. Then I gradually added the sugar to give more bulk and stability (McGee 2004, p 104). I used the whisk attachment on the mix master for the pulling action to unfold the protein molecules. (McGee, p101) The final result was a glossy mass of meringue with firm peaks which was the trapping of air and fluid.

Finally I was ready to bake so put the lemon curd into the shell, smoothing it to an even surface and then placed spoons of meringue on top. I then smoothed the meringue to cover the filling but without flattening the foam. I wanted to keep some height for the look of the final product.

Then into the oven for about 10 minutes. The heat at this stage is to set the albumen in the foam and allow some caramelisation on the top of the meringue leading to a golden brown colour. The meringue stayed in shape, it was soft and stable. Luckily no weeping of liquid (syneresis) out of the meringue occurred. If the oven temperature had been too high this weeping may have ruined the look of my pie. 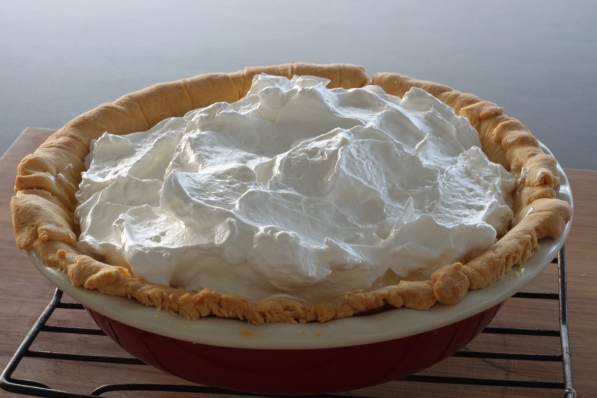 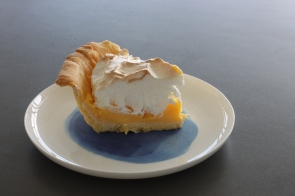 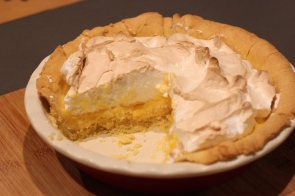 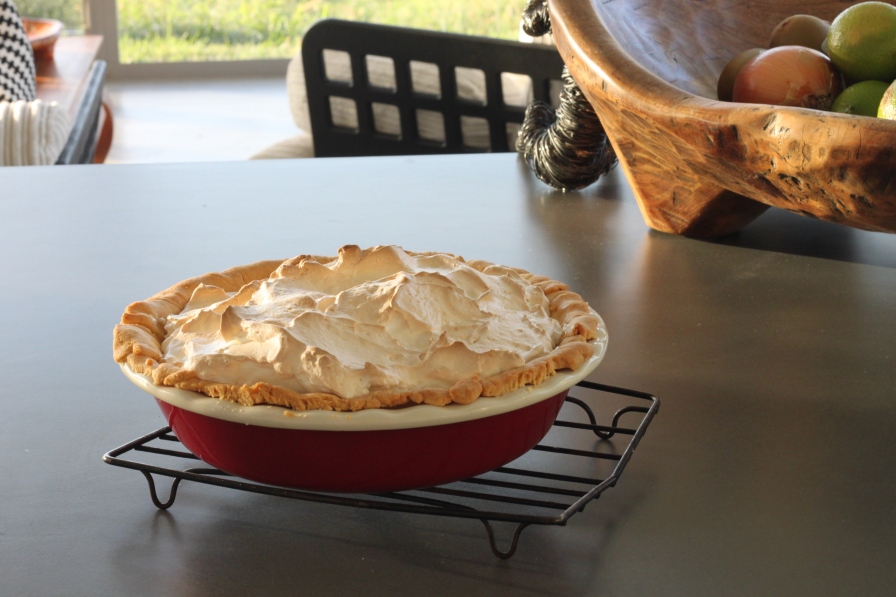 Although I did not need to match a wine with this dessert I decided I would as we had guests staying. Lurking on my wine rack was a bottle of Brown Brothers ‘Orange Muscat & Floral’. The wine went well with the dessert as the fruit flavours of the pie filling and the wine complemented (Arnone & Simonetti-Bryan 2013) each other. However the wine was a little lighter than most ‘sticky’ wines and this was represented by a lack of mouthfeel.

The lemon meringue pie was a great success. The pastry stood up well and didn’t get soggy with the filling. The only regret was that there wasn’t anymore.

View all posts by zeezeecof

How to find us